Can you sue Revenue Canada or Revenue Quebec? YES!

Every red-blooded taxpayer who has ever been audited dreams of suing the auditor. Canadian tax authorities have very wide powers to audit taxpayers and collect taxes, but as some recent cases have shown, there is a limit to what Revenue Canada and Revenue Quebec are allowed to do.

In 2013, Mr. Jean-Yves Archambault was awarded damages against Revenue Quebec for the loss of his business. Following an audit, Revenue Quebec had issued assessments against Mr. Archambault and his corporation, Le Groupe Enico inc., for close to $1,000,000 in taxes, penalties and interest. Even though there were several factors at the time showing that the tax bill was grossly exaggerated, Revenue Quebec aggressively tried to collect the taxes, including seizing the corporation’s bank account, which led the bank to call in its loan. This and other factors led to the bankruptcy of Enico. The court ruled that Revenue Quebec had been negligent both in the audit and the collection of the contested taxes and held the Agency liable for the loss of the business. The taxpayer was eventually awarded almost $3,000,000 in damages by the Quebec Court of Appeal.

Now a new case from British Columbia has found Revenue Canada liable for damages in similar circumstances. Mr. and Mrs. Samaroo operated a restaurant, nightclub and motel in Nanaimo, B.C. Following an audit, Revenue Canada came to the conclusion that the taxpayers had not been declaring all of the income from the businesses despite the fact that Mr. Samaroo had a reasonable explanation for the discrepancies. Even though the evidence was very weak, CRA charged both taxpayers with criminal tax evasion, but they were acquitted at the end of a long criminal trial. The taxpayers sued CRA which was held to be liable for malicious prosecution. Mr. and Mrs. Samaroo were awarded close to $1,400,000 in damages by the B.C. Supreme Court.

Even though these cases are still the exception, they establish the principle that both Revenue Canada and Quebec can be held liable for the damages they cause to innocent taxpayers from overly aggressive audits, collection proceedings or criminal prosecutions.

Paquette & Associates Attorneys offers a personal attention, step-by-step guidance as well as strategic and clear advice that is then easily carried out both legally and commercially. Learn more about our services related to commercial law, business law and civil law.

For more information, you are invited to contact our senior tax attorney, Me Jean-Charles Hare at 514-693-1180 or jchare@paquette.legal. 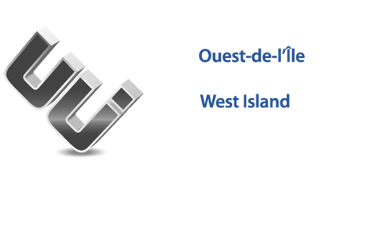